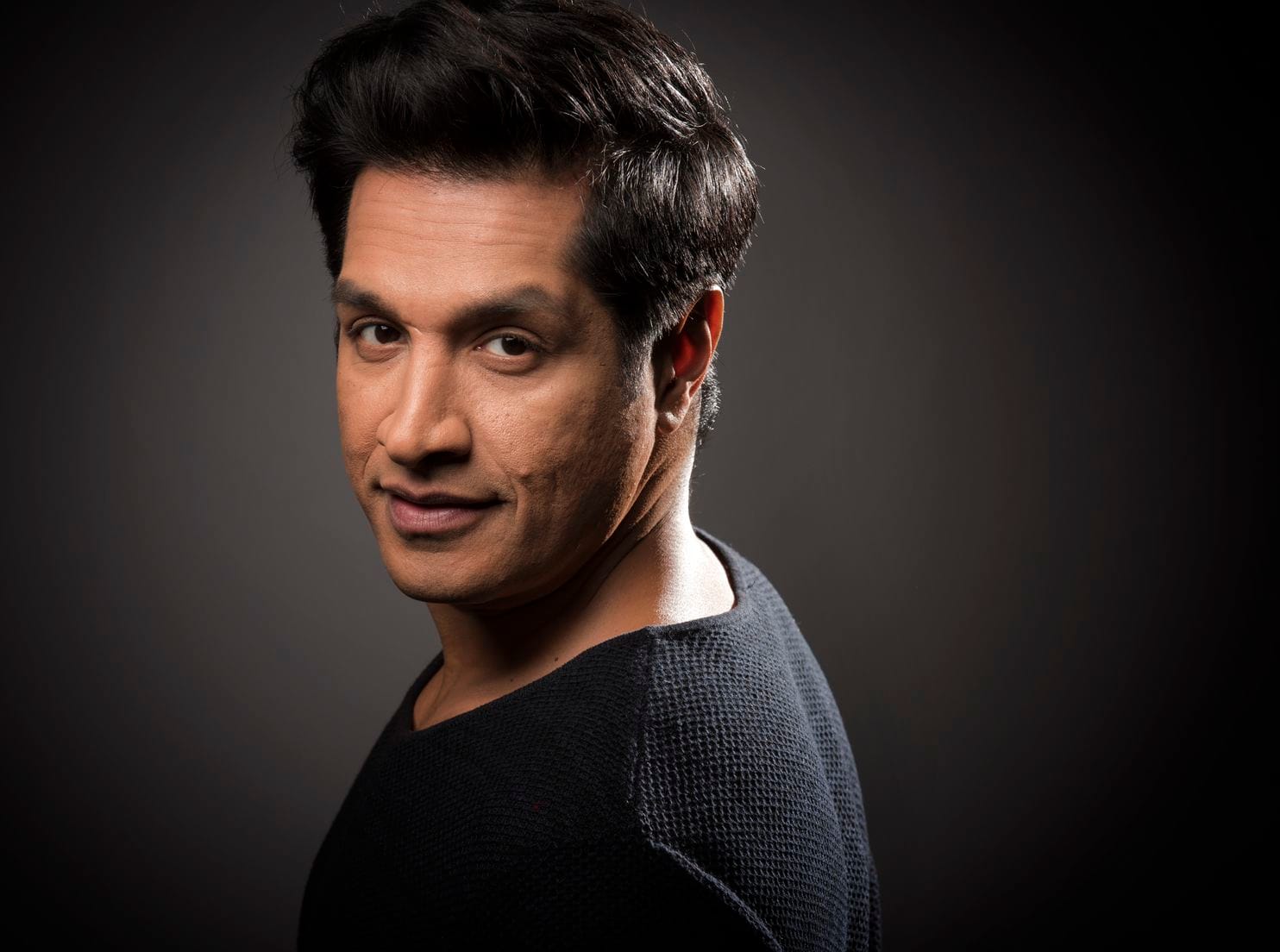 Comedian Sugar Sammy is trying to describe how he can move to a new country and figure out enough of the local quirks to poke fun at them.

“The French will say, ‘How do you know us so well?’ " he says in an interview in Washington. “I’m like, ‘Because I’ve watched you, I have listened to you. I’ve been, I’ve been …’ ” and he pauses. The Montreal-born comedian performs in four languages, and currently he cannot summon the English word for what he wants to express. “That’s the only drawback of being bilingual: Sometimes you’ve got to look for the word if it comes to you in French first.”

He thinks aloud — “victim”? “suffer”? — then resorts to his iPhone before it finally comes to him: “Subjected!”

“I have observed, I’ve listened and I have been subjected to you for the last two years,” he continues, “So that creates something that’s not going to go unnoticed.”

That sense of observation and lingual dexterity has allowed Sugar Sammy — whose real name is Samir Khullar — to perform in far-flung places, including South Africa, India and France, where he lives part time and serves as a judge on its version of “America’s Got Talent.” And after packing massive venues in Canada and getting plenty of buzz in France, he plans to tour every year in what he calls “the mecca and the birthplace of stand-up”: the United States. (He’ll be performing Saturday at the Birchmere in Alexandria.)

“My comedy comes from a place of fascination and love,” he says. “At the same time, it’s a roast. It’s a cultural roast.”

You would think going to foreign countries and making fun of the people there would be somewhat terrifying, but Khullar has long been a provocateur. Starting in 2012, he toured Quebec with “You’re Gonna Rire,” the province’s first large-scale bilingual comedy show, which used both English and French. In 2016, a reported 115,000 people attended the last performance, a free Just For Laughs outdoor show. The show’s popularity was a big deal for a place with deep divisions over cultural and linguistic identity.

His ire is especially sharp when aimed at those in Quebec who want sovereignty. In 1995, a hotly contested referendum to proclaim sovereignty from the rest of Canada was narrowly defeated. Premier Jacques Parizeau blamed its failure on the wealthy and “the ethnic vote.”

Khullar was 19 at the time and had just started to perform comedy. “A lot of things were said, and a lot of things were put out there, and going through that, there was no way it wouldn’t color my comedy,” he says. “It shapes my point of view.”

The comedian, with a stage name he picked up from his university days, grew up in Notre-Dame-de-Grace, a predominantly English-speaking part of Montreal. He also performs in Hindi and Punjabi, which he spoke at home with Indian immigrant parents. And he learned French in school. (In Quebec, children of immigrants are required to attend French-only schools.)

He started out performing mostly in English. But then he decided to do French-only shows, as Paul Ronca, a Just For Laughs director who owned a comedy club when he met Khullar, recalled to Canada’s “W5.″

“When Sammy approached me and was like, ‘I want to do it in French,’ I said, ‘Wait a minute: you’re an Anglo-Indian guy from NDG. There’s no way you’re going to pull this off,’" Ronca said. “I’ve seen so many who speak French have a hard time doing this.”

Ronca added: “I think he’s more fearless than most.”

Khullar saw an opportunity to do something other comics weren’t doing: perform a thoroughly bilingual set. He and many others in Montreal live in both worlds and have a sense of “dual” citizenship, he says, despite the separate English and French entertainment industries. “If I look around me, in my neighborhood and in the city, there are a lot of people like me, but we didn’t see that representation on television or in pop culture,” he says.

Some political commentators have accused Khullar of desecrating the French language. His critiques also provoked a death threat before a 2014 show from someone who called the comic a “federal clown.”

For the most part, Khullar says, his audiences can take the jokes aimed at their way of life because he has always been viewed as an outsider, even in Canada: He was an outsider entering the French Quebec circuit, and in the rest of the country, “It’s like, 'Oh it’s that guy from Quebec.’ ”

He touches on race, relationships and politics, with a penchant for crowd-work that he weaves throughout his act. He takes a make-fun-of-everyone approach, calling out people in the crowd to cheer if they belong to an identity he’s joking about, whether its white people, Arabs or fellow Indo-Canadians.

In France, he joked, “I love France. You guys are my favorite Arab country.” In Quebec, he asked the Quebecois to cheer and told them: “You guys got your own little section over there. Are you happy with where you’re sitting, or do you want to separate?”

Performing in so many places also allows him to see similarities; in the United States, we have a president who has proclaimed himself “a nationalist,” and “you see a lot of parallels everywhere in the world. You don’t just see that here. You see parallels in Quebec; you see parallels in France.”

By 2016, Khullar relocated to France, where he lives part time. He immersed himself in a new society because he wanted a new challenge. He has done well for himself there, performing in theaters and winning praise in the local press. French GQ wrote that “the funniest man in France is québécois.”

Unlike in Montreal and France, where he can be recognized by strangers on the street, in the United States, he can wander undisturbed through coffee shops or Whole Foods and observe our idiosyncrasies to write new material.

“Just coming into a country, into a culture for the first time, you notice things that that culture takes for granted, that becomes wallpaper to them almost,” he says.

When Khullar entered the United States for his current tour — which has taken him to Atlanta and Caroline’s in New York — he noticed signs proclaiming “Welcome to America” in English and Spanish. It struck him: Canada has two official languages, but seeing Spanish signs in the United States contrasted with the harsh public rhetoric around immigration.

“For a country that doesn’t want Mexicans, you sure are sending mixed signals,” he jokes. “It’s like if I told a girl I was breaking up with her and I told her, ‘Let’s talk about it over a romantic dinner and a bath,' she’d be like, ‘Oh, that guy wants me to move in here and give me permanent residency.’ ”

He wrote the joke in the airport, and added it to his American act.

Click Source File at the top of the page to read the original printed article.